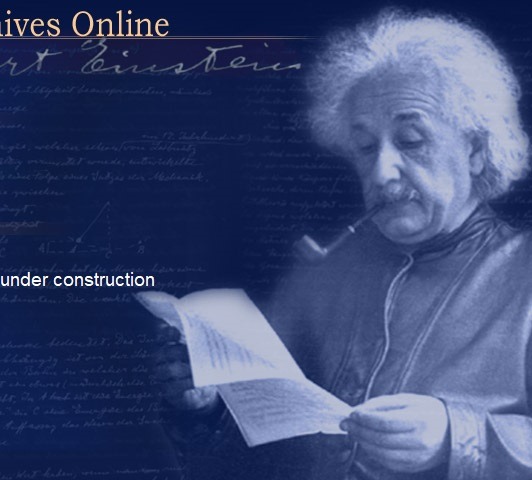 The Albert Einstein Archives is an extraordinary cultural asset of universal importance for humanity and of national importance for Israel and the Jewish people. Representing the intellectual and personal record of a creative genius whose thinking profoundly changed our perception of the universe, it is of inestimable value. Einstein did not wish that any physical monument or memorial be erected in his name. The preservation of his papers, which most authentically reflect his ideas and person, affords a far more fitting means of maintaining his legacy.

The Albert Einstein Archives contains the largest collection of original manuscripts by Einstein in the world and includes his vast correspondence with the most influential physicists and intellectuals of the 20th century. Moreover, it comprises the most exhaustive compilation of material about Albert Einstein.